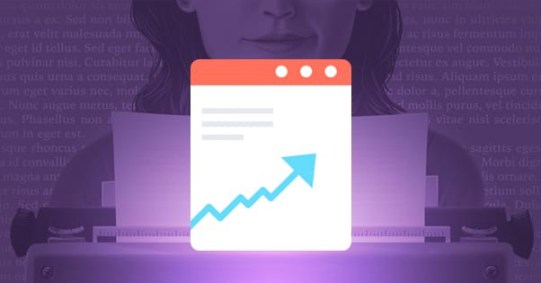 Rewriting a blog post can mean two very different things, and it depends on where the source post happens to be. On the one hand, if you’re rewriting your own content, it’s a way to freshen up your old posts and get extra value out of them in the eyes of the big G. On the other hand, if the source of the content is someone else’s post, you’re walking a thin moral line. Since we’ve already discussed breathing life into old blog posts in the link above, I’m going to cover the second option.

If you read the intro paragraph and you thought “oh, he’s talking about article spinning!” you’re a little off base. There’s a big difference between spinning content and rewriting content.

Spinning content is an automated process generally involving a dictionary of “spintax“, the list of alternate words and phrases that can be substituted for one another. Now take that sentence and compare it to this one: “Whirling content is an automatic process broadly utilizing a thesaurus of “spintax”, a list of alternative phrases and words that can be switched out for one another.”

See how the two mean basically the same thing, but the second one isn’t quite right? You have a few uses of words or phrases that don’t come up as often in natural writing. You also have the substitution of “whirling” for “spinning” which, in a thesaurus, mean the same thing. However, since we’re talking about a specific named process called Spinning, not the generic action of spinning, it removes the meaning from the sentence.

Article spinning can be done in two ways. It can be done in a fully automated way, where you feed content into a machine that puts content back out with a costume on. You then post that as-is to your blog and shrug and move on. This is the tactic most automatically-created spam blogs are using. It’s also extremely obvious to most users that something is off about the content, even if they don’t know what or why. Google, with their sophisticated AIs, are better able to identify it for what it is and will penalize a site using it, especially if they can identify the source site.

Google knows what machines people use for spinning content. They have spies around and they will buy copies of software just to reverse-engineer it. They probably have more sophisticated spintax dictionaries than most individual pieces of software. It’s really quite easy for them to determine when content is spun, though they might not always be able to find the original source.

The other method of spinning starts the same way, but then has a human go over it to eliminate the worst misuses of words. Things like the spinning -> whirling change will be undone, to make sure the post still reads more or less normally. This is harder for Google to spot and harder for people to identify as wrong, but it still generally doesn’t do so well in search. The reason is because it doesn’t bring any unique value to the table. It’s still just Some Other Article, Redone. It might not be penalized, but it also probably won’t rank in the top few pages in any but the most bereft niches.

Rewriting is a different sort of activity. Rewriting content is like completely manual spinning, with greater changes. You don’t use a machine and a Spintax dictionary. Instead, you boil things down to concepts and facts, essentially condensing the post into an outline, and then writing your own version of the post.

You see this sort of thing a lot with news reporting. When there are only three facts known about a new phone being released, 1,000 different tech blogs will write what is essentially the same article stating those three facts, but in different orders and with different context surrounding it. It works for these news blogs, so why wouldn’t it work with other sites?

When you’re rewriting content, you want your product to be as unique as possible. Essentially, you’re taking facts, stripping out opinions, and producing something new. You want your content to be as original as possible, even if it has the same basic facts.

For example, if I were to write a post about the basics of keyword research, you probably wouldn’t find anything factual that hasn’t been written in other major guides on the subject. It’s not like I have some innovative secret technique no one else knows about. All keyword research is essentially the same. The difference between another post and my post would be more in terms of structure, of presentation of information, and of value. 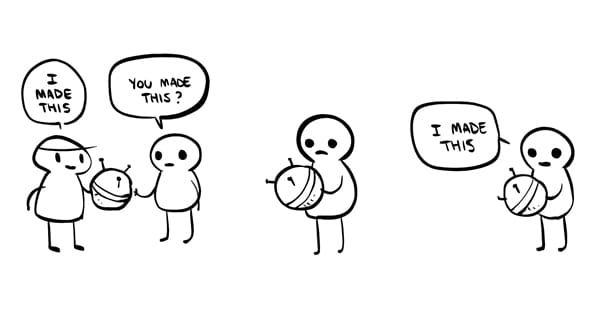 For example, look at this post from Moz. It’s a great guide, and I probably wouldn’t be able to do it better. I can mimic it, though. I might take the first section about keyword value and condense it into bullet points, and link to posts on each subject in other posts. I might take the second section about long tail keywords and expand it to include more examples and links to tools that can help. I might strip out the portion where Moz lists resources, because I’m adding resources to each section along the way.

This guarantees that my rewritten post won’t be easily identified as “just a copy of Moz’s guide.” I would link to many of the same resources they do, as well, but I would probably remove a few links to services I don’t like and replace them with services I prefer. This is the customization aspect of rewriting content; I want it to be full of my own recommendations, not just Moz’s.

I can also change major elements of the theme of the post. For example, I might take the Moz post and change it to be “The Totally Free Guide to Keyword Research.” I could then present all of the same factual and procedural information, but strip out any link to a paid service, replacing them all with free services that mimic the paid services in functionality as much as possible. This is the value addition. Maybe no one else has written a free keyword research guide, and I can dominate that niche. Maybe there are a few out there, but they’re for advanced users and don’t include basic details, or vice versa; basic guides that are only superficial in detail, where mine includes advanced information and techniques.

The number one concern with manual rewriting like this is to make sure nothing is quoted, or spin-quoted. No single sentence or paragraph is identical or spun from the source content. It’s all original writing, capable of passing any plagiarism checker in the world.

Concerns of Rank and Value

The problem you might encounter with manual rewrites like this is that the source content still exists. In fact, if you’re doing searches to find content to rewrite, chances are you’re targeting highly ranked content like that Moz guide, which is #1 in Google for “basics of keyword research.” For reference, with that same key phrase, the next results are a guide from Hubspot, a guide from DigitalMarketingPhilippines, a guide from SearchEngineLand, a guide from Ahrefs, and some other big names.

This means there’s a bit of an opportunity, but also a steep difficulty curve. I don’t know about you, but I don’t necessarily consider “DigitalMarketingPhilippines” to be a global authority site, which says to me that a good, solid guide could outrank them and be in the top five for that keyword phrase. I doubt I’d be able to produce something that would outrank Moz and Hubspot, but I could get up there.

The key here is to provide more value than the source post. I don’t mean different value, and this is important! If you provide value in a different way – like the “totally free guide” idea up above – I’m changing my keyword and goal. I want a basic, general guide to keyword research.

What I would do in this case is open up the top five or top ten results for the phrase – all of those guides I listed above – and copy-paste anything that looks valuable into a working document. I’ll create a mess of paragraphs from different posts, with their links and their value, and I’ll reorganize them into a logical sequence of topics. I’ll revamp the structure into something that makes sense instead of something hodgepodged together, and then I’ll rewrite it all in my own voice, adding my own value.

What I end up with is a guide that is a chimera of the best existing content. It doesn’t copy anything wholesale, and ideally it provides more value for each individual topic than each individual post it sources. This post becomes a flagship piece of content; something that contains great value, that could potentially outrank everything it sourced because it brings more to the table.

Of course, it probably won’t outrank all of the source content, because sites like Moz, Ahrefs, and Hubspot have a hell of a lot more SEO power than my sites. They have 100x as many backlinks and 100x as much content, all of it as high quality as what I’m sourcing and what I’m producing. My guide to keyword research might be great, but I don’t have hundreds or thousands of other equally valuable guides to push me into the big time.

In a word, yes. One of the “dark” secrets of the internet is that very few people are actually producing unique content. Most people, including basically everyone in the low and middle tiers of blogging, don’t have the resources to do it. I could do a case study on my own keyword research, but it’s not very much data and it’s only centered around my sites and my niche. Meanwhile a company like Hubspot has access to the data of all of their clients, and can create a much more comprehensive case study with more verifiably significant data.

For those of us without access to detailed primary sources, exclusive information, and advanced techniques derived from personal testing, what do we have left? We take the word of people who have access to that and we adapt it in our own way. That’s just writing. That’s just blogging. So how is rewriting different? 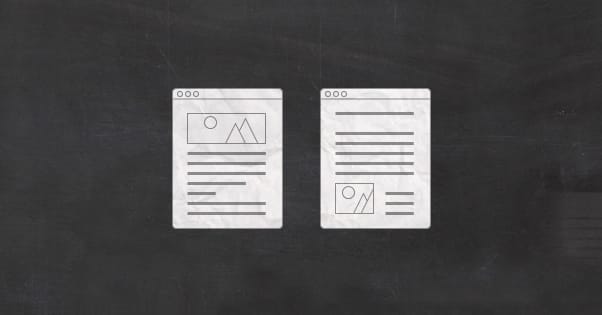 Frankly, there’s not much difference. It’s more a matter of process than it is of result. Everyone sources, cites, and links to other similar content in their blog posts. The rewrite process is just a more direct, shameless version. Really, the only difference is that with rewriting, I end up with a document of source structure and information, as opposed to doing a few Google searches and having some tabs open while I write.

Think of it like a shortcut to the outlining process. It’s not copied content; all the opinions are unique, even if they agree with the sources, and sometimes they won’t. The structure is unique, because I’m not just copying one post. The value is unique, because I strive to include additional value to my posts, and not just replicate what’s already there.

And, of course, I’m not copying everything I write. The rewrite process exists as a way to create content in a packed niche, in a way that can improve upon it and try to produce something better, more comprehensive than what already exists, with updated citations and information if something has changed since the existing posts were published. For less packed niches, or niches where I have more personal experience, or more opinion-focused pieces, I’ll write my own original content, cite my own experience and data, and promote my own opinions. 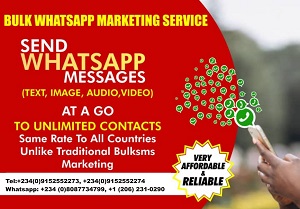